Feeling quite happy about this short afternoon! Went for lunch (tuna panini + cappuccino) at Cafe Buongiorno Express along the street near Memet’s bicycle shop where I got mine from. Cycled to Westerpark afterwards out of curiosity to check out the place and saw/felt such a nice mood there. The grey and cloudy day made the surrounding rather cinematic (not to mention the cold.

Cycled around slowly for a bit and came upon a scene of several kids between the ages of 7-10(?) with their teacher making a ‘bridge’ across a small body of water out of branches and dried reeds from a compost pile. Spoke briefly to the teacher who explained that this was an after-class activity meant to bring the kids closer to nature instead of being coped up indoors all day. I thought that it was a rather fantastic idea – comparing it to my own upbringing in a very urban Singapore.

Made a few photos of the kids in the process of the bridge making. Thought I could have done better but I’m happy to have come across this and be inspired by it on the very day that I’ve set for myself to do some street photography. 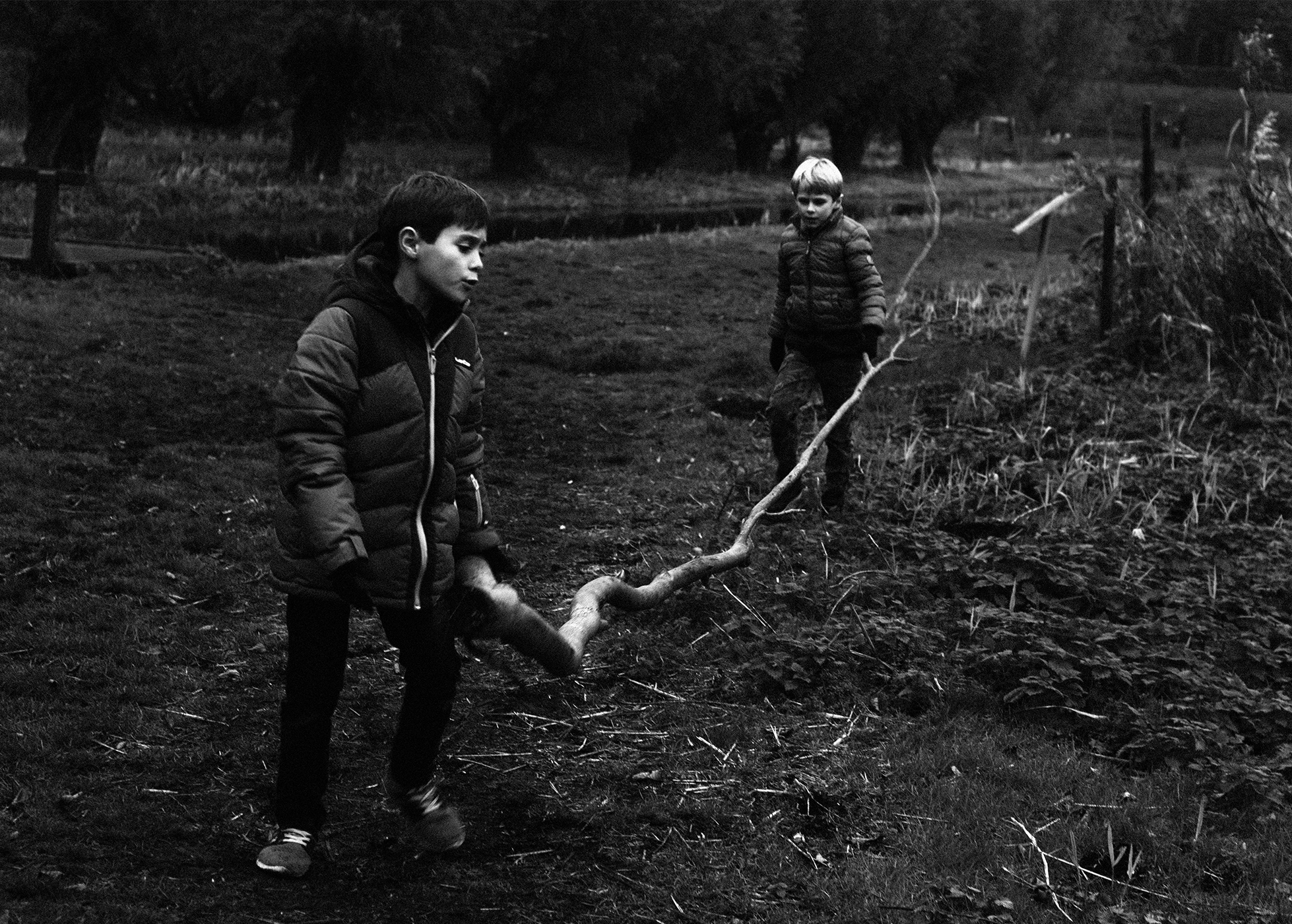 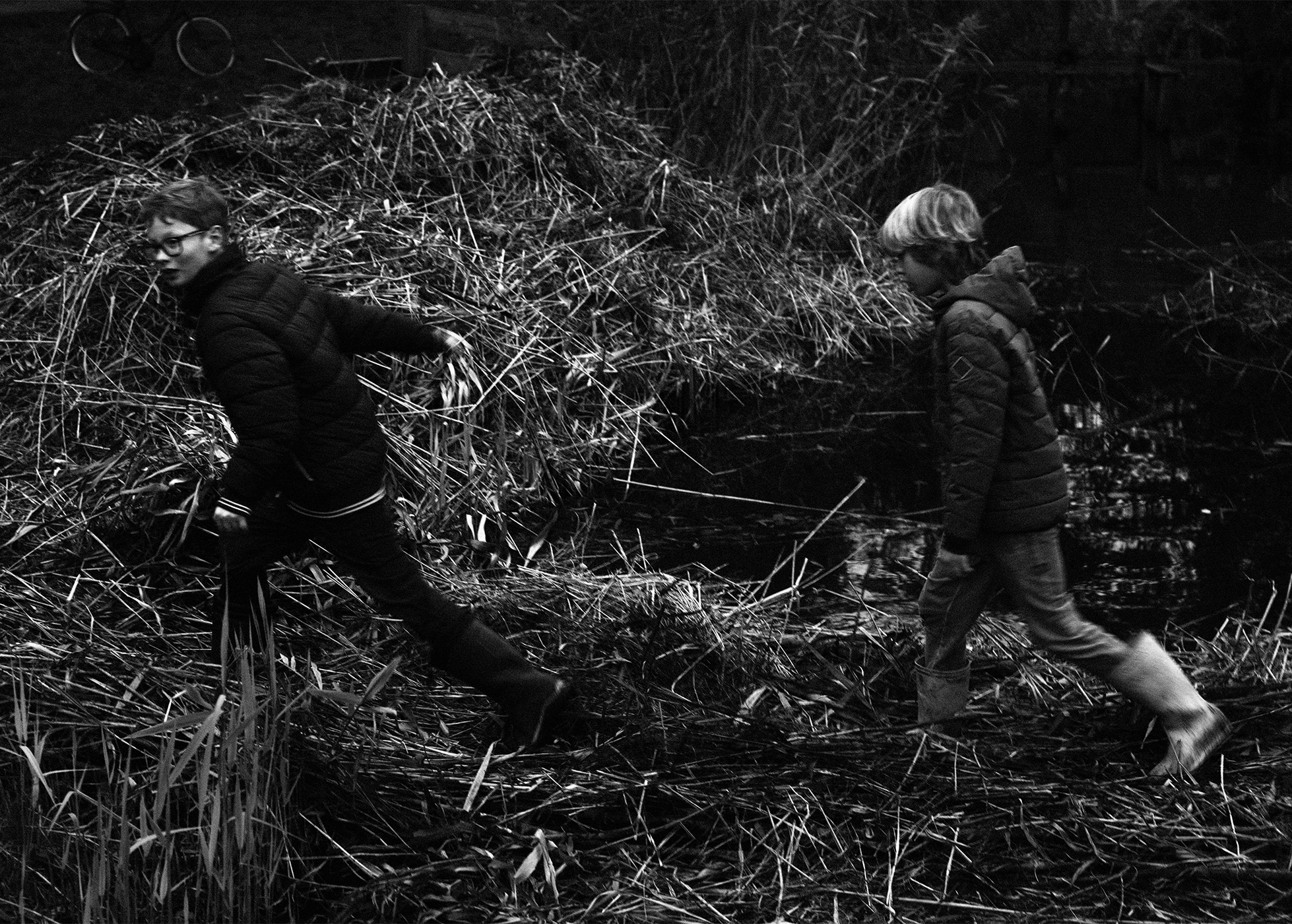